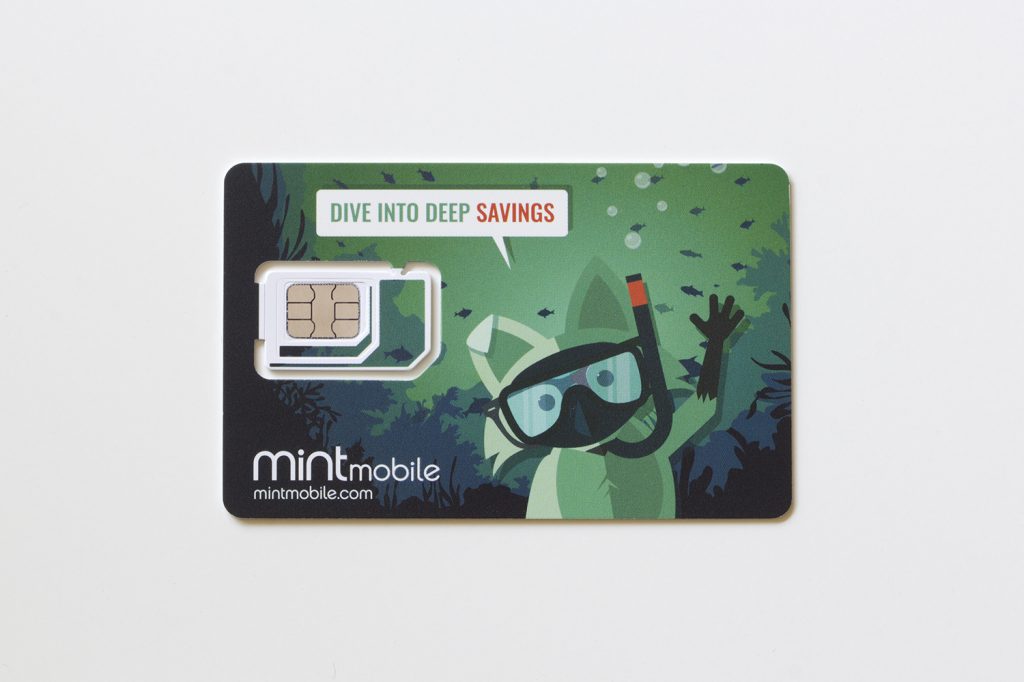 Yahoo Mobile and Visible are both Verizon MVNOs while Mint Mobile operates on the T-Mobile network. All of these brands are targeting the same customer: online, tech-savvy folks who know how to swap a SIM and set up an account.

“Visible offers just one straight-forward $40 per month unlimited plan,” according to Fierce Wireless, “and $25 for the first month for new customers. On Verizon’s 4G LTE network users are expected to get average download speeds of 5-12 Mbps, though the company said many experience faster than that. Upload speeds are usually 2-5 Mbps. It’s launched offers like Party Pay, which is similar to discounted family plans in postpaid but individuals are billed separately and only responsible for their portion of the plan. Earlier, Visible took steps to become more competitive like expanding support to include Android devices, and introducing device financing for certain handsets.”

Visible has really shaken up the way you pay for your service. It seems like a trend where carriers and MVNOs are looking for ways to remove resistance and accommodate consumer behavior. “Party Pay” is the concept that has long been used but never embraced by other MVNOs.

According to Best MVNO, “It is not known if Party Pay will be made available to Yahoo Mobile subscribers. But those considering Yahoo Mobile and interested in getting a discount on their service plan may be better served by joining Visible so that they can take advantage of Party Pay.”

Yahoo Mobile has seen some investments into handset with the most notable being their own value phone offering. Fierce Wireless reported, “According to Verizon, the Yahoo Mobile smartphone is geared toward first-time phone owners and value-conscious buyers – consumers who prioritize efficiency, value and ease-of-use. Yahoo Mobile service plans go for $40 a month with no contract.”

What’s more interesting might be the increased trends across all Yahoo-branded properties. According to the same Fierce Wireless article, “In the month of September alone, Yahoo News, Yahoo Sports, and Yahoo Finance have all experienced double digit year-over-year increases of mobile visitors by 64%, 28% and 64% respectively, “which is why we continue to innovate and bring new products to market – like Yahoo Sports’ recent ‘Watch Together’ launch,” Theurer said. “Now all of Yahoo’s products will be housed on one device for an ultimate Yahoo experience for users.”

Mint gets plenty of press. But the concept is rather simple. Pay in advance, eliminate churn, and get rewarded with discounts. According to Best MVNO, “Unlike traditional providers, Mint Mobile does not charge by the month. Instead, customers are required to pay for service either 3, 6, or 12 months in advance. Mint Mobile did at one time offer pay by the month phone plans, but those were quietly discontinued in late 2018 and were never a point of emphasis.”

The same article points out a a significant distinction for Mint’s growth plan, “Subscribers that refer one friend will earn a $25 account credit. If a second friend is referred the account credit increases to $30. For a third friend the credit increases to $35, friend number four is $40 and friend number five is $110. If five friends are referred the subscriber earns a total of $240 in account credits which is good for a free year of service on the 8GB plan. If a sixth friend is then referred, the credits reset back to the beginning so that the sixth friend is equal in value to the first one ($25). The credits then go back up for referrals 7-10 as they would for referrals 2-5.”

This referral mindset shows the brand is laser-focused on expansion and customer acquisition. While other brands may be looking to up their network, data, or phone offering.

There is certainly a lot more to come for these and other MVNO brands as more and more consumers are shopping 100% online. It’s likely all cell phone sales (both handsets and plans) will be done entirely online within the next few years. Thanks to 2020, this timeline has accelerated drastically. We’ll keep an eye out for more shake-ups in the MVNO space and report them here.